Six  Year 9 groups participated in the Asda Stem competition on 21 March 2019,  that was judged by some of the Asda employees. The competition consisted of students creating and presenting a robotic idea that would help consumer and staff experiences within the Asda organisation.

The ideas varied from the simplicity of a clothes pad in the fitting rooms to more complex ones such as a digital vending machine shopping experience where a consumer’s shopping is waiting for them at one of the tills.

Asda were very impressed by all of the hard work that had been put in to the presentations and highlighted how happy they were that the groups had thought about real life experiences as customers in Asda to help them with their ideas. The Judges said that all six groups presented extremely well and Asda were very impressed with the confidence of the young students. They came across very eloquently and their ideas were fresh and unique and something that could definitely be used in the near future. The presentations were extremely well thought out and well researched. The judges indicated that they will look forward to meeting the finalists again in June.

The group of Halima Valsadi, Ammarah Hafeji, Saarah Patel and Aamirah Vachiyat won with their idea of a clothes pad; an innovative idea that informs the consumer about current stock, allowing the staff to carry on with their duties.  The girls have now been invited to Asda House in Leeds to compete against five other schools and colleges in June. 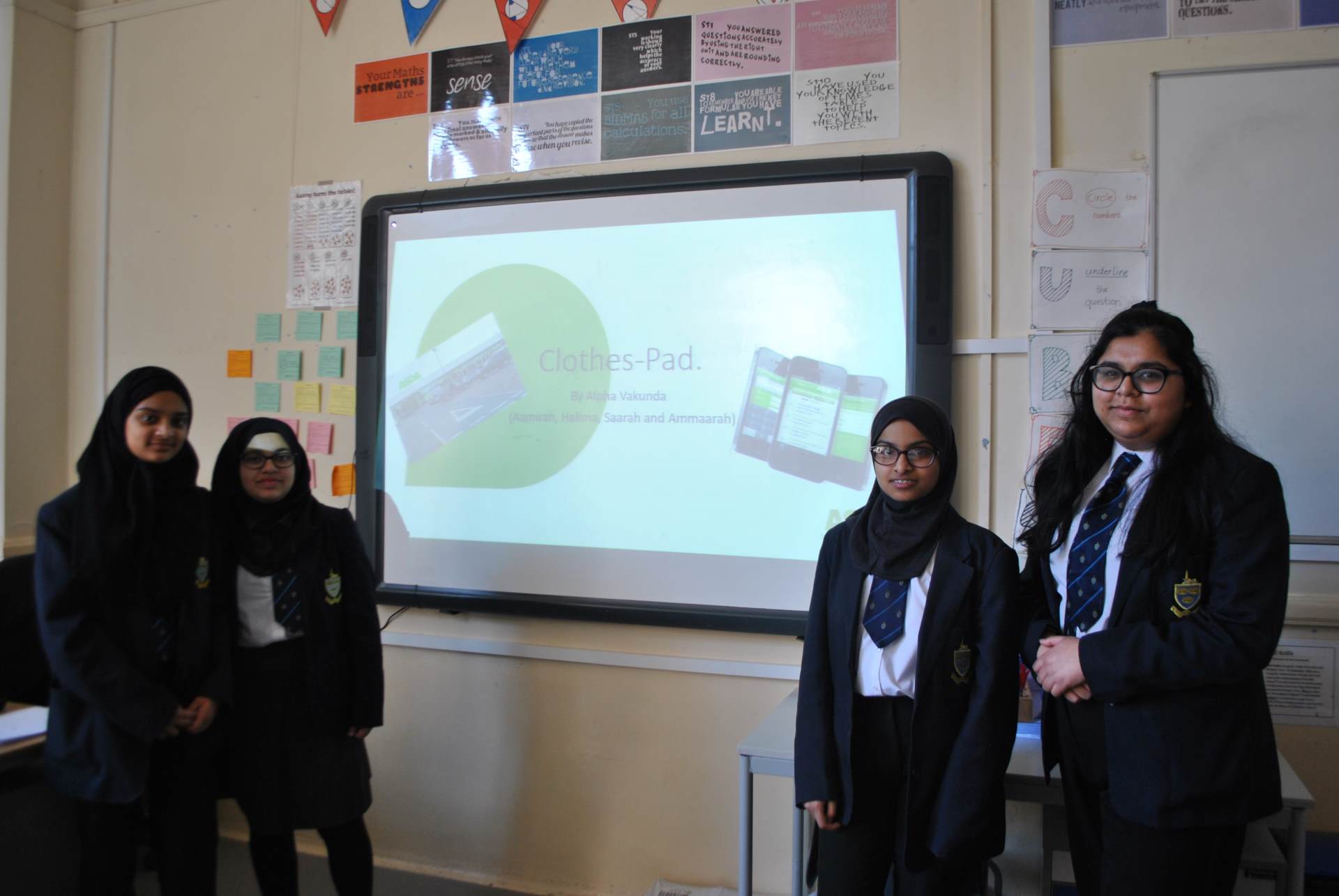